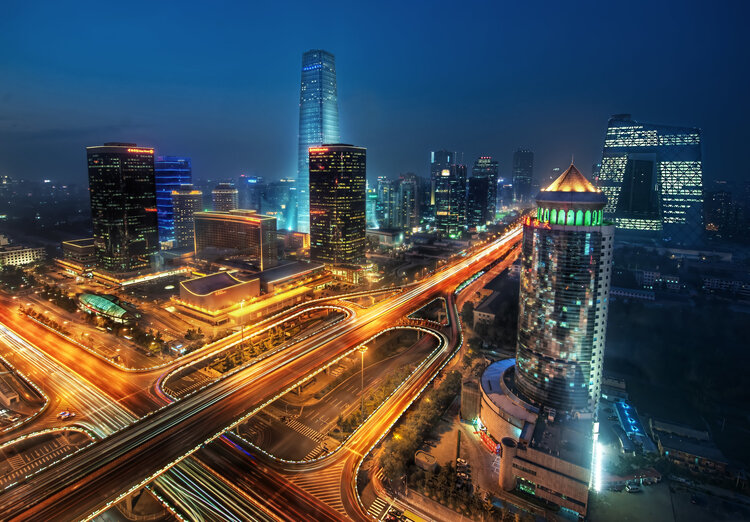 The Hurdles of Investing in China as a Foreign Investor

All across the world, students have had to experience studying from home due to the coronavirus pandemic. Over five decades ago, the Cultural Revolution in China forced a very different type of disruption to education, scarring an entire generation and profoundly impacting their opportunities for life. More than one million schools and 43 universities at the time in China were made to shut in 1966, and it was only a decade later after the death of Mao Zedong in 1976 were entrance examinations for higher education reintroduced.

In understanding the context of this era, Chingxiao Shao’s background is all the more fascinating (Chingxiao is currently the CEO of Red Gate Asset Management, and she featured on the Money Maze Podcast in December 2020). Growing up in Beijing during a period in which there was little prospect for education, the idea of pursuing a career in finance on the other side of the world could not have been further from her mind. When the opportunity to go to university once again became a possibility, Chingxiao (best known as Ching) chose to enroll at the University of International Business and Economics in Beijing. Oddly enough, it was her love for English Literature, and William Shakespeare, that would help her stand out in an interview with Barings in London. Taking on this role thus set Ching down an unlikely path into the world of finance and the investment business.

After more than a decade at Barings, Ching founded Red Gate Asset Management in 2001. With more than 20 years of investment experience in the Greater China markets, Red Gate has accumulated over US$1 billion in AUM and is trusted by many leading sovereign wealth funds, pension funds, private banks, and family offices.

Ching believes China’s stock markets are vastly under-researched – indeed almost 70% of companies are covered by three or less analysts – and as such focuses the efforts of her small investment team on identifying undervalued companies to form long-term equity portfolios with 20-30 holdings. It is  estimated that only 300 to 400 companies have English language coverage, thus providing an opportunity for onshore asset managers like Red Gate to act as a bridge between domestic businesses and foreign investors.

Despite trade tensions, China continues to be the world’s dominant exporter, and its capital markets have proved especially attractive to investors as the Chinese economy continues to make a rapid bounce back from the pandemic slump. The inclusion of the onshore Chinese A-share market in the MSCI benchmark Emerging Markets Index for the first time in 2018 led to a surge in demand from foreign investors, and continues to be an enormous driver of capital flows. China’s continually growing inclusion in major indices has inevitably brought increased international scrutiny, particularly by investors concerned with ESG policies and practices. Chinese companies have historically lagged their developed-market peers when it comes to ESG disclosures: the average Bloomberg ESG disclosure score of CSI 300 companies ranked the lowest among companies of major stock market indices. The lack of high-quality data also continues to be an issue, and although 85% of CSI 300 companies released official ESG disclosures in 2019, only 12% had audited reports.

Maintaining an on-the-ground presence in China therefore brings significant informational advantages, providing an ability to gain a deeper look into a company’s operations, and a first-hand view of consumer habits and market developments. This has allowed Red Gate to more effectively narrow the scope of its research efforts, concentrating on 120 of the 3000-plus onshore listed Chinese companies.

Ching further looks to avoid companies that raise red flags, such as ESG concerns, cashflow inconsistencies, and constantly shifting management. Red Gate is one of only a handful of China-focused investment managers that are UN PRI signatories, putting a strong emphasis on strict ESG criteria and motivating Chinese companies to enhance the quality of their reporting. Going forward, it will be interesting to see whether asset managers in China attempt to take on greater engagement with company boards, or choose to follow a policy of divestment. One argument put forward by Aswath Damodaran, a renowned professor at NYU, is that investing mechanically in companies already identified as “good or bad” may not be as effective as adopting a dynamic strategy that looks beyond easily measurable performance scores, and aims to get ahead of the market in recognising corporate behaviour that will hurt a company in the long term.

The difficulties faced by foreign investors in navigating China’s capital markets have been longstanding. In April 2020, foreign firms were given the green light to wholly control their own funds without the need for onshore partners.  However, at the same time, China tightened requirements for global fund managers, and reportedly asked Fidelity and Neuberger Berman to pledge liquidity to support their licenses. A year down the line, only BlackRock has obtained its own mutual fund license. CICC analysts estimated that foreign firms need at least US$7.7 billion AUM to turn a profit in China.  For those such as Vanguard that run low-cost, low-fee models, this number may need to be even higher. The $7 trillion money manager cited concerns around costs, regulations and a lack of competitive advantages as limiting their appetite for further expansion, and recently abandoned a push to obtain a fund license. Vanguard will now rely on its joint venture with Ant Group to maintain a presence in China, and hopes to break-even ahead of its five-year estimate.

The establishment of China’s two cross-border ‘Stock Connect’ channels, HK-Shanghai in 2014 and HK-Shenzhen in 2016, has been crucially important in removing many of the barriers to entry for foreign investors, providing easier access to stock markets in mainland China without need for an onshore presence. However, there remains numerous operational challenges, such as China’s T+0 settlement cycle, which requires traders to settle on the actual trade date and usually within hours of execution. This presents significant headaches for foreign investors, particularly due to the time differences for those based in Europe and North America, and the misalignment with a longer T+2 settlement cycle that is the standard among the world’s major equity markets. Innovations by the Hong Kong Exchanges and Clearing Limited (HKEX), such as the development of Synapse, a settlement acceleration platform aimed at streamlining the post-trade processes across different time zones, attempts to solve some of these issues. Nonetheless, there are clear benefits to being able to rely on the expertise of an onshore partner who can more easily navigate China’s various regulatory and operational hurdles.

China has more retail investors than any other country with over 177 million trading accounts – the majority of which are owned by people who earn less than US$700 a month. Ching’s future vision of freely managing money for ‘mom-and-pop’ retail investors is a bold one, but it is this type of action that will crucially help to educate an investor base that dominates the Chinese market. Doing so can enable a rising middle-class population of over 400 million people achieve financial freedom in a way that previous generations, not least those that endured the Cultural Revolution, may not have been able to. For the rest of the world, the opening up and increasing sophistication of China’s capital markets is only a positive sign.

By James Inge, a Money Maze Podcast Ambassador. James is a recent Durham University graduate, where he studied International Relations and captained the university golf team. Currently, he’s interning at HKEX, within their Global Client Development Team. Outside of work, he enjoys training in Brazilian Jiu Jitsu and various striking martial arts, as well as of course listening to a wide range of podcasts!