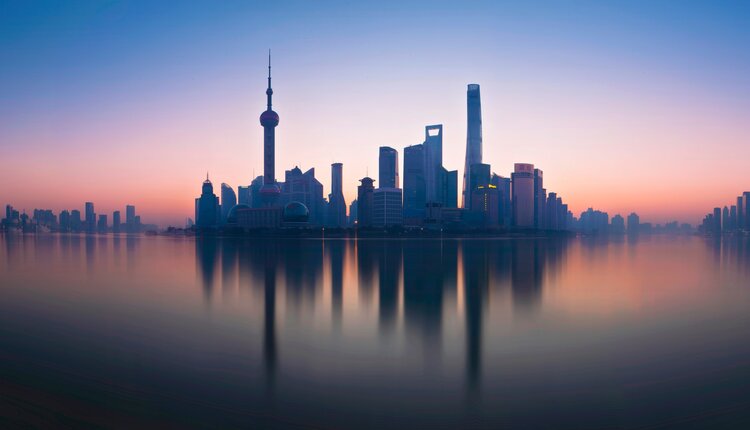 At the end of 2020, the Money Maze Podcast talked with Chingxiao Shao in Shanghai (also known as ‘Ching’). She is the Founder and Managing Partner of Red Gate Asset Management.

At the end of 2020, the Money Maze Podcast talked with Chingxiao Shao in Shanghai (also known as ‘Ching’). She is the Founder and Managing Partner of Red Gate Asset Management.

In the conversation, she talked about how her childhood and family inspired her growth, how she started her life in the finance industry and her advice for the younger generation thinking about finance careers. She believes education is a crucial component of success.

She extensively analysed the investing landscape in China and her business, Red Gate Asset Management, which was selected by one of the world’s most significant sovereign wealth funds to manage China allocation. She also shared the critical investment lessons she learned on her exciting journey.

Since China began to open and reform its economy in 1978, its GDP growth has averaged almost 10 percent a year. It has become one of the fastest-growing economies of the 21st century and is now ranked as the second-largest economy globally. It’s GDP now stands at $16.64 trillion (2021).

Correspondingly, the Chinese stock market is also growing strongly. This was originally enabled by the opening of the Shenzen Stock Exchange in 1990 and the re-establishment of the Shanghai Stock Exchange that same year. The Equity Market Index of the stock market in mainland China has grown from less than 100 points to 5,123.5 points. Since 1990 the number of listed companies has grown from only 8 to 4000 in Shanghai/Shenzhen, plus an additional 2000 listed firms in Hong Kong. The Shanghai exchange is currently the 4th most valuable stock exchange in the world.

This rapid growth has attracted more and more overseas investors to focus on or start their journey in the Chinese stock market. For example, Anthony Bolton, a legendary money manager in Europe - who managed the Fidelity International Special Situations Fund for 28 years - started his new fund in China in 2010. However, its early performance was disappointing. A similar situation happened to Neil Woodford, another high performing European fund manager (at least until mid-2019, when his fund collapsed).

These examples have put off many overseas investors. Coupled with the tension in China's diplomatic relations with some countries over recent years, the uncertainties and risks seem even more apparent, meaning many investors delay or even cancel potential forays into the Chinese stock market.

Another challenge is the distinct uniqueness of the Chinese economy, with its extensive regulation and complex consumer habits. The investment strategies and methods of analysis used in the US market often do not translate well to the Chinese stock market.

The research and the long-term quality of stocks are crucial. For example, good ESG behavior, consistent cash flow, stable management and innovation ability are essential qualities when evaluating stocks. Being on the ground in China gives Ching a significant advantage in collecting useful and reliable firsthand information. Knowing consumer habits and the ontological situation of the development of the market in general help her to research, analyze and invest with conviction.

Chingxiao argued that the Chinese economy is still opening up and embracing the world. For instance, Tesla was allowed to step into the Chinese market despite the technology war, and the government supported the establishment of Tesco in Shanghai to become one of the biggest supermarket stores in China. She suggests that the Chinese market is open to the global world; a country which is self-improving and developing at the same time. The likes of Neil Woodford and his business partner Craig Newman are still showing interest in investing in the Chinese stock market, despite the collapse of their last attempt. All these factors show the continued significant potential of China's stock market for international investors.

The question that remains is which overseas investors will be able to negotiate the complexities and reap the rewards of the fast-growing Chinese equity market.

By Annie Fan, a Money Maze Podcast Ambassador. She is currently a Sixth Form student at Shrewsbury School, currently studying A-level Economics. She both founded and led a school team which participated in the KWHS investment competition. From a young age, Annie has been fascinated by the world of Business, Finance, and Economics. She wishes to further study these areas and is especially interested in the relationship between economic growth and environmental impact. In her spare time, she loves to play the piano and scuba dive.