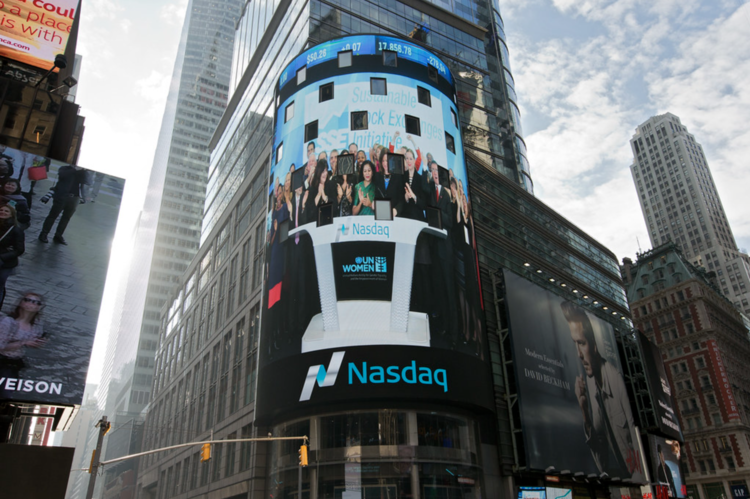 What Is the NASDAQ Stock Exchange and How Does it Work?

The NASDAQ is one of the most popular stock marketplaces and probably one of the most talked about bourses. This is chiefly due to the fact that it processes one in every ten global security transactions.

In basic terms, the NASDAQ is a gathering of buyers and sellers of securities, operating both in the U.S. and Europe. It oversees 25 markets, 5 central securities depositories and has one clearing house. The acronym NASDAQ stands for the ‘National Association of Securities Dealers Automated Quotations'. Its doors were opened on the 8th of February 1971 after being founded by the National Association of Security Dealers (NASD), which was later renamed to the Financial Industry Regulation Authority (FINRA). It became the world’s largest exchange after it partnered with OMX, a Scandinavian exchange group in 2007 (this operation is now branded as NASDAQ Nordic).

Second only to The New York Exchange, the NASDAQ is the world’s second largest stock and securities exchange, managing to attract some of the world’s most idolised blue-chip corporations.

The NASDAQ mainly offers a market for equities, but also caters for fixed income, derivative, commodities, and options for investors from all over the world. Its expertise and technologies are also used in 50 countries and have been adopted by more than 90 exchanges to streamline their securities trading activities.

As a leader in computerised trading technology, it was fitting for the NASDAQ to be the preferred listing exchange for technology orientated companies. In fact, the exchange was the first fully electronic stock market and was the first exchange to launch a website. In addition, it was also the first to sell its technology to other exchanges and the first to store records in the cloud. The listed stocks housed on the exchange tend to be more volatile since they are of highly growth-orientated companies. In broad terms, the recent performance of the bourse has been encouraging, with three indices posting five-year returns of more than 100% and a ten-year returns of over 300%.

The NASDAQ is dubbed as a dealers market or a market maker, as transactions are executed via dealers rather than though auctions. This sets the exchange apart as it can have multiple trading windows. It has 3 trading time slots: the premarket from 04.00hrs to 09.30hrs, main trading from 09.30hrs to 16.00hrs and post-market trading from 16.00hrs to 20.00hrs (in US Eastern Time). Certain criteria must be met for a company to list on the exchange, such as registration with the Securities Exchange Commission (SEC), having a least three market makers, reaching a certain size and trading volume, and meeting other basic requirements (such as good corporate governance standards and adequate liquidity).

It takes about four to six weeks for a company to be listed on one of the three market tiers. These are the Capital Market (a small cap market), the Global Market (a mid cap market) and the Global Select Market (a large cap market). Notable companies that are listed on the exchange include Amazon (AMZN), Apple (AAPL), Microsoft (MSFT) and Tesla (TSLA).

One might ask what are the differences between the NASDAQ and The New York Exchange? As mentioned earlier, the NASDAQ is a dealer market consisting of various market makers competing against each other. By contrast, The New York Exchange is an auction market that uses specific market makers who use a physical trading floor (located on Wall Street).

What really sets the NASDAQ apart is that it’s cheaper to list on, with the initial fee ranging from as little as between $55,000-$320,000, and the listed companies having to pay an annual fee of between $43,000-$59,000. These costs depend on which indices the company wishes to list on, with the Nasdaq Global Market requiring the higher fee. The low fees and favourable entry requirements make it the ideal listing platform for cutting-edge companies, thereby supporting a new generation of ideas that are shaping the world.

By Tatenda Wellington Chikombero. Tatenda recently completed a Master of Management in Finance and Investment degree at the Wits Business School in Johannesburg, South Africa. He is an aspiring industrialist who is extremely passionate about making meaningful contributions to the African continent and the world at large. He highly gravitates towards the contemporary creative and entrepreneurial concepts related to thought-leadership, finance, strategy, and technology.