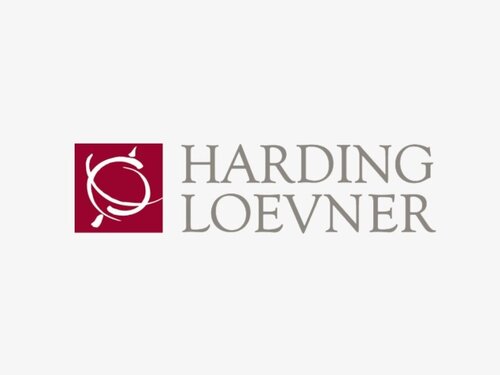 What is Harding Loevner and Who Owns It?

Simon Hallett, former CIO of the $80 billion Asset manager, Harding Loevner, describes his journey from Plymouth, England, to Oxford University and then to Finance.

Starting at Midland Bank, Simon moves to Jardine Fleming in Hong Kong, and he describes an amateurish investing world that was transforming, and his decision to swap continents and join Harding Loevner, then a start-up in 1989.

In the latest episode of the Money Maze Podcast, Simon Brewer welcomed the former Harding Loevner CIO, Simon Hallett, onto the show.

Mr Hallett has been at the New Jersey based investment firm since 1991. Prior to this, he was based in Hong Kong as a director for Jardine Fleming Investment Management (in the 1980s he helped grow the start-up into Hong Kong’s biggest asset manager, which was bought by JPMorgan Chase in 2000).

Harding Loevner was founded in 1989 by managers who’d previously worked for the Rockefeller family. It now holds over $80 billion in long-only equities, with interests in the developed, emerging and frontier markets.

As of October 31 2020, some of its biggest investments include a 4.5% stake in Paypal, a 3.1% stake in Alphabet and a 2.8% investment in Facebook. Overall, the IT, communications and finance sectors are the most popular destinations for Harding Loevner investments.

With 100 employees, the firm is now part of the AMG Group, which partially owns over 25 other firms with a combined total of USD $716 billion in AUM. Other notable firms which are part of AMG include Artemis Investment Management, Pantheon Ventures and Baring Private Equity Asia.

Speaking on the Money Maze Podcast, Simon Hallett reflected positively on the 2009 AMG-Harding Loevner tie-up. He explained that the firm’s significant growth in the early 2000s resulted in a fear that management was becoming too conservative, with its holdings increasing by around $1 billion per annum in the 6-7 years prior to 2008.

Mr Hallett reflected positively on the AMG-Harding Loevner partnership, explaining that AMG “has been every fund manager’s dream. They give you cash and then they leave you alone!”

He also explained that AMG has been helpful for the firm in other ways, including supporting its global marketing efforts.

PLUS, FIND OUT MORE ABOUT SIMON’S OTHER DAY JOB, RUNNING PLYMOUTH ARGYLE FC…